It’s common to charge electric vehicles at night. That will be a problem. 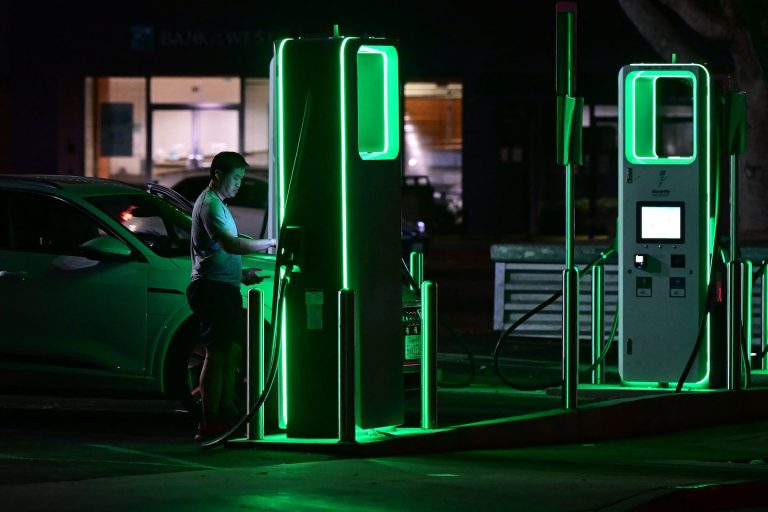 As electric vehicles hit the roads across the country, hundreds of thousands of Americans are beginning to learn the ins and outs of charging their cars. How to install a home charger, where to find public charging stations, and how to avoid the dreaded “range anxiety.” ”

But when EV owners plug in their cars, there is a looming problem. As most drivers continue to charge their electric vehicles at night, it puts pressure on the power grid.

according to the new study Researchers at Stanford University say that if EV sales grow rapidly over the next decade and most drivers continue to charge their electric vehicles at home, vehicle charging will strain the western U.S. power grid, reducing peak demand. Net demand could increase by 25%. As the West struggles, it could become a problem keep the lights on amidst heatwaves and rising power demand.

The first thing to know about EV charging is that it’s not like refueling your car. Charging an electric car takes time. The fastest chargers can charge an EV battery to 80% in 20-30 minutes, while most are slower, taking 2-22 hours to fully charge.that is around 80 percent EV charging takes place overnight at the owner’s home. This is when the driver does not need the car and has enough time for charging.

But that charging pattern is inconsistent with how electricity is increasingly being generated. The greatest demand for electricity occurs in the evening, around 5:00 pm to 9:00 pm. People come home from work, turn on the lights, watch TV, and do other activities that consume electricity. Solar panels, on the other hand, generate energy during the day. Therefore, the highest power demand is when solar power starts to work. shut off for the day.

In a Stanford University study, researchers modeled the charging behavior of residents in 11 western states and how that behavior affected grids that are increasingly switching to renewable and other clean energy sources. Analyzed.

“When 30 to 40 percent of vehicles are electric, it will start to have a significant impact on grid usage,” said Ram Rajagopal, a professor of civil and environmental engineering at Stanford University and one of the authors of the study. says. Even if drivers wait until after peak hours to charge after 11pm, they are using electricity at exactly the time when renewable energy is not readily available. This can increase our carbon footprint and require more batteries and storage in our power grid.

One solution, researchers say, is for more EV owners to shift to daytime charging, charging their cars at work or at public chargers. When electric vehicles are charged in the morning and early afternoon when there is excess solar capacity that is not being used, it puts less strain on the power system and reduces the need for storage. According to the study, in a scenario where his 50% of vehicles are electric, moving from mostly home charging to mixed home and work charging nearly halves the amount of storage required on the grid. may become.Adding a workplace or public charger has the added benefit of being even more useful Lessee Or people who don’t own a home access an EV.

Siobhan Powell, a postdoctoral researcher at ETH Zurich in Switzerland and lead author of the study, says now is the time to plan for greater public and workplace charging. “We’re not saying ‘stop charging at home’ or ‘limit charging at home,'” she said. “We don’t want to be discouraged Any Because charging is very important for recruitment. But charging costs a lot, so you can make charging at work or in public places as convenient as at home. ”

The authors also recommend shifting electricity tariffs to more encourage daytime charging. Some utilities now offer very low electricity rates for consumers to charge their cars overnight. PG&E, e.g. California Power Company, For EV owners Electricity costs 25 cents per night from midnight to 7am and 36 cents from 7am to 2pm. Ideally, the cheapest rates should be during the day, when the sun is out to encourage charging, Rajagopal and Powell say.

Gil Tal, director of the Center for Electric Vehicle Research at the University of California, Davis, who wasn’t involved in the paper, said current EV owners don’t need to worry about charging patterns. “There is no need to put the brakes on electric vehicle adoption,” he said. As clean energy and storage are added to the grid, many of these problems will be resolved, he argues.

But he agrees that one of the advantages of EVs is their flexibility in when they can be charged. Transitioning to daytime charging can help, including charging at home during the day (for telecommuters) and providing chargers at work.

Policy makers should “install chargers where cars are parked during the day,” he said.

Sign up for the latest news on climate change, energy and the environment every Thursday