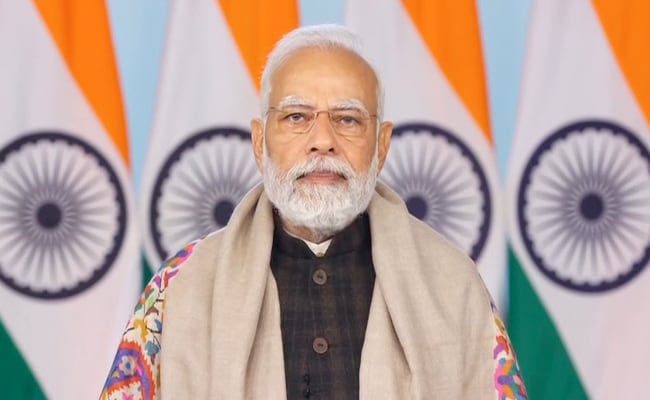 “I am not familiar with the documentary you are referring to, but I am familiar with the shared values ​​that enact the United States and India as two prosperous and vibrant democracies.”
Pentagon spokesman Ned Price said Monday in response to media questions about the BBC documentary about Prime Minister Narendra Modi, which has sparked controversy since its release.

At a news conference on Monday (local time), Price said there are many factors that strengthen the US’ global strategic partnership with India, including political, economic and very deep people-to-people ties. said.

He called Indian democracy a vibrant one, stating, “We look to all that bind us and aim to strengthen all the elements that bind us.” He emphasized the diplomatic ties that the United States and India share with each other.

He also emphasized the fact that the partnership that the United States shares with India is very deep and that the two countries share common values ​​of American democracy and Indian democracy.

“I don’t know about this documentary you mentioned, but broadly speaking there are many factors underpinning our global strategic partnership with our Indian partners.

The United States and India have close political and economic ties, as well as very deep personal ties. But one of those additions is that American democracies and Indian democracies share common values,” he added.

Sunak made these remarks about a controversial documentary taken before the British parliament by Pakistani lawmaker Imran Hussein.

“The position of the British Government on this is clear and has not changed over the years. Of course we do not tolerate persecution wherever it is, but I am not sure I quite agree with the characterization put forward by the Honorable Gentleman. to,’ said Mr Sunak, answering Hussein’s question about the BBC report.

The British national broadcaster BBC aired a two-part series attacking Prime Minister Narendra Modi’s tenure as Chief Minister of Gujarat during the 2002 Gujarat riots. The documentary caused outrage and was removed from some platforms.

The Foreign Office responded by claiming the BBC article was completely biased.

Arindam Bagchi said, “I consider this to be a propaganda piece.
No objectivity. this is biased. Please note that this has not been screened in India.

“I would like to refrain from making further comments so as not to offend my dignity.”

He also asked about “the purpose of the exercise and the agenda behind it.”

“This documentary reflects the institutions and individuals promoting this narrative again. It leaves us wondering about the purpose of the exercise and the agenda behind it. I don’t want it to be anything but,” he added.

Referring to explicit statements made by former British secretary Jack Straw in the documentary series, Mr Bagchi said, “He (Jack Straw) seems to be referring to a British internal report. How can we get it? It’s 20. Report.Why are we jumping on it now?How do they justify it so much just because Jack Straw said it?”

“I’ve heard words like surveys and surveys. There’s a reason we use colonial thinking. We don’t use words loosely. What surveys they were diplomats Was it…investigation, do they rule the country?” Mr. Bagchi asked.

Additionally, a spokesperson for the US State Department said that the US has always sought regional stability in South Asia and that relations with India and Pakistan stand on their own.

He further said that the pace and scope of dialogue between India and Pakistan is clearly a matter for both countries.

“We have long sought regional stability in South Asia. The relationship between India and Pakistan is unique and we do not consider it zero-sum. , scope and character are issues for both countries,” Price said at a press conference.

(Except for the headline, this article is unedited by NDTV staff and published from a syndicated feed.)

Featured video of the day