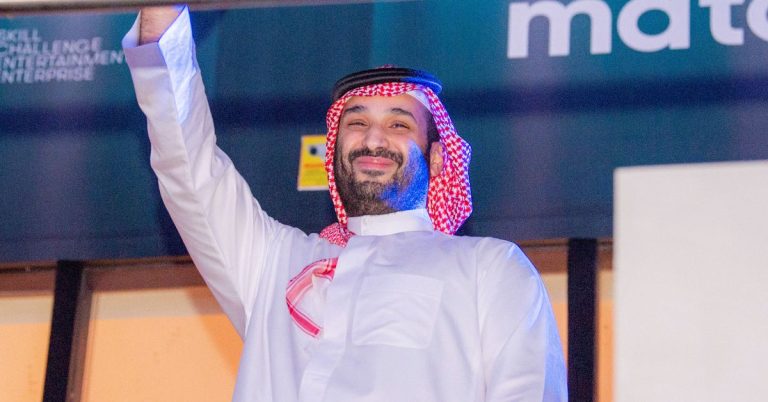 The released prisoners were nationals of American, British, Croatian, Moroccan and Swedish nationals, the ministry said in a statement, adding that the plane carrying the prisoners had landed in the Kingdom.

“The relevant Saudi authorities are receiving and transferring them from Russia to the Kingdom and facilitating procedures for their respective countries,” the statement said.

The ministry did not identify the prisoners. Saudi officials said they were five British, two Americans, a Croatian, a Moroccan and a Swede.

British Prime Minister Liz Truss hailed the release of British citizens on Twitter as “very welcome news” after “months of uncertainty and suffering for them and their families”.

British MP Robert Jenrick said Aiden Aslin was among those released. He was arrested earlier this year and sentenced to death by a court in the self-proclaimed Donetsk People’s Republic (DPR), one of his Russian agents in eastern Ukraine.

Both are from Alabama and were captured in June while fighting in eastern Ukraine to support Ukrainian forces resisting Russian aggression.

Since the Russian invasion on February 24, large numbers of foreigners have come to Ukraine to fight. Some of them, along with other foreigners in the country who claimed not to be combatants, were captured by Russian forces.

Reuters could not immediately confirm whether the released group included Briton Sean Pinner and Moroccan-born Brahim Saadoon, who were also captured and sentenced to death in Donetsk.

Swedish Foreign Minister Ann Linde has confirmed that a Swedish citizen who was captured in the port city of Mariupol and could face the death penalty under DPR law has been released.

“We can confirm that the Swedes detained by Russian forces in May are free and heading to Sweden,” Linde told Swedish news agency TT on the sidelines of the United Nations General Assembly in New York.

Both Ukrainian and Russian forces have captured hundreds of enemy combatants since the beginning of the conflict, and several prisoner exchanges have taken place.

The head of the UN human rights mission in Ukraine said earlier this month that Russia was not allowing access to prisoners of war, adding that the UN had evidence of torture and ill-treatment amounting to war crimes. . read more

Russia denies torture or other forms of ill-treatment of prisoners of war.