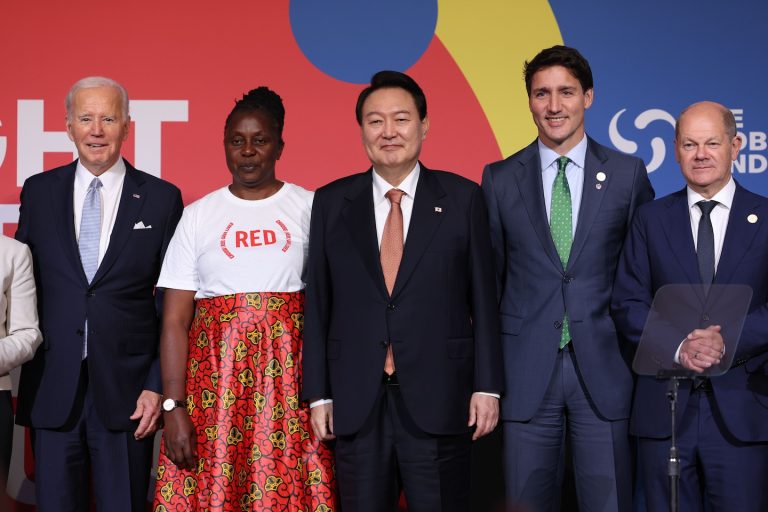 South Korean President Yoon Seok-yeol on Wednesday insulted US lawmakers as “idiots” and said they could be embarrassed if President Biden didn’t approve funding for global public health.

Yoon had just met with Biden at the Global Fund’s seventh capital increase meeting in New York City. Biden then pledged $6 billion from the United States to public health campaigns to fight AIDS, tuberculosis and malaria around the world. Funding is subject to Congressional approval.

“It would be very humiliating for Biden if these idiots don’t let it pass in Congress,” Yoon was overheard telling a group of aides as they left the event. A video of the exchange quickly went viral in South Korea, where Yoon took office in May.

A representative for Yoon did not immediately respond to a request for comment on Thursday.

“Our relationship with the Republic of Korea is strong and growing,” the statement said. “President Biden sees President Yoon as an important ally.

Yun and Biden were both in New York for the United Nations General Assembly and held discussions Wednesday from the sidelines.

“The two leaders reaffirmed their commitment to strengthening the U.S.-South Korea alliance and ensuring close cooperation to address the threat posed by the Democratic People’s Republic of Korea (DPRK),” the White House said in a meeting statement. Stated. “The president also discussed ongoing cooperation on a range of priorities, including supply chain resilience, critical technologies, economic and energy security, global health, and climate change.”