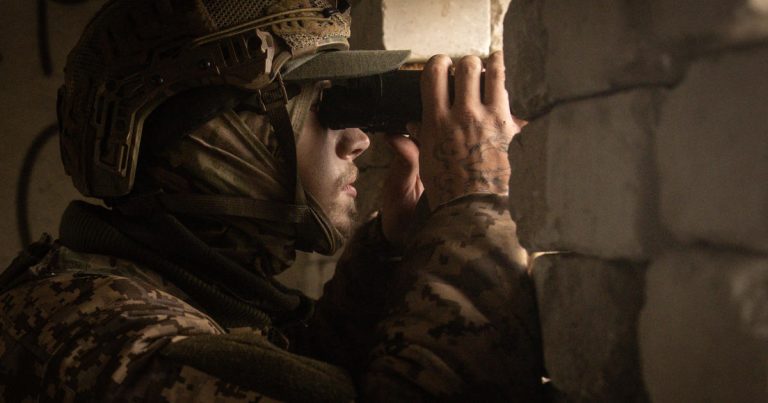 Dnipro, Ukraine -Russian airstrikes targeted gas, electricity and other critical infrastructure across Ukraine on Thursday, cutting off heating and water supplies to a huge number of civilians just as winter began. When snow began to fall across the country, President Volodymyr Zelensky said that Vladimir Putin’s tactics had left more than 10 million Ukrainians without access to electricity.

This includes many residents of villages, towns and cities recently liberated from months of Russian occupation in eastern and southern Ukraine. The people of Kherson, the main southern city where Russian invaders fled just weeks ago as Ukrainian forces advanced, have already endured much, but now face a helpless winter.

But now there is still rejoicing. It’s the first time since the US military helped overthrow the Nazis that a celebration like the one Kherson is experiencing has been seen in Europe.

And now, seeing what the Russians left behind in their hasty retreat, it became clear why.

Instruments that survivors say were torture at the hands of the invaders still litter Kherson’s police station. Residents and Ukrainian officials say Putin’s forces have turned it into a “torture chamber” and the air is still blanketed in smoke.

A survivor, Oleksander, said some of his comrades held in the old police station were electrocuted.

“My cellmate’s tongue was black and swollen after interrogation and I couldn’t put it back in his mouth,” he said.

Vitaly and Alesha said they were blindfolded and taken to a basement after they gave information to the Ukrainian military.

“Around my kidneys, here, they kicked me and punched me in the face until I had a nosebleed,” Alisha said. “They even told us to drive them through minefields towards Ukrainian positions.”

The Russian army has retreated, but is still within earshot just across the Dnipro River. The river now forms a front line between the Ukrainian defenders, who have reclaimed ground and pushed it up to the west bank, and the occupiers, who have dug in on the other side.

This leaves the city of Kherson on the west bank of the river and all its people, not to mention artillery and gunfire, still within range of Russian-controlled mobile phone towers.

In addition to traumatized survivors, the Russian retreat also left behind mass graves.

A chief Ukrainian investigator said all the bodies at one Kherson cemetery bore signs of torture.

Dmitro Rubinets, a human rights commissioner in the Ukrainian parliament, said more than 3,000 crimes were committed during the months-long Russian occupation of Kherson, 90% of which were war crimes such as rape, torture and murder.

Tucker Reals is the foreign editor of CBSNews.com, based out of CBS News’ London bureau.