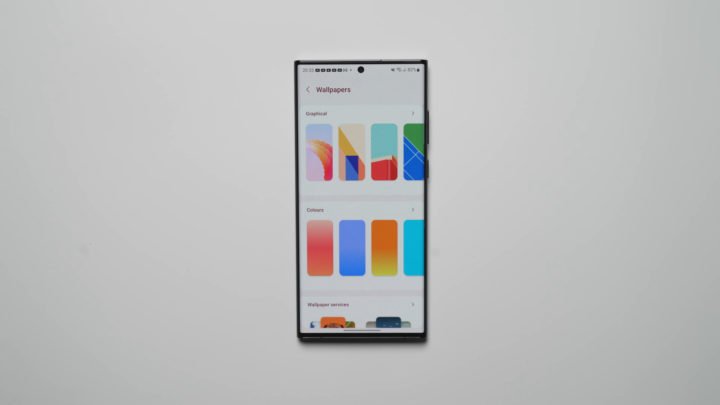 there was Rumors about a possible One UI 5.0 Beta 2 update delaysamsung is over Last night we released the third beta update for the Galaxy S22 seriesSince this is the third beta update, it’s tempting to assume it’s mostly bug fixes and minor feature additions. However, Samsung has added some major new features.

up to date One UI 5.0 beta update of Galaxy S22, Galaxy S22+and the Galaxy S22 Ultra Comes with firmware version ending ZVI9This update is rolling out in Europe and the UK and includes the September 2022 security patches.

The new update brings the wallpaper section its biggest redesign in years, and Samsung seems to have taken great inspiration from it. Apple iOS 16. Long press directly on the lock screen to change wallpaper or edit lock screen widgets. You can choose a single wallpaper or use a series of backgrounds. You can also change lock screen shortcuts, add contact information, add clock and date widgets, and even add notifications.

You can further customize your lock screen clock widget with 6 fonts, 5 styles, and 10 preset font colors (5 solid colors and 5 gradients). You can also choose a custom solid color or gradient from a color swatch or spectrum. You can also set the clock widget to automatically adjust according to your wallpaper color (dark or light). In notification view, you can select icon only or notification icon with details. You can also set transparency and text color. There’s also a new smooth animation effect when the phone switches to always-on display mode. samsung It also categorizes iOS 16 style wallpapers (colors, galleries, graphics).

Samsung has also tweaked the UI design of the fingerprint enrollment process. There is a green ring around the fingerprint registration area to make it easier to focus. The color palette has also been applied to the Stories section of the Gallery app, making the whole section more immersive. The new software allows you to turn off the automatic optimization feature in the Device Care app. Samsung has also fixed animation and transition issues, making them look smoother.

did you install Android 13Is the base One UI 5.0 Beta 3 update coming to the Galaxy S22 series smartphones? Let us know what you think in the comments section below.